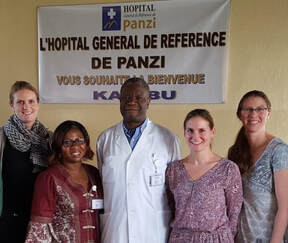 Female Empowerment
As part of my work on consequences of sexual violence, I have conducted research in the eastern Democratic Republic of Congo. I this work, I have focused on sexual violence survivors, their communities, and what support programs can do to empower women. The research included original surveys as well as qualitative research using focus groups. This work was done in collaboration with researchers at the International Center for Advanced Research and Training (ICART) in Bukavu, and Dr. Denis Mukwege.